Check out Yacht and Derrick Carter at Audio Nightclub this Weekend!

Its the Beginning of June and Audio, our San Francisco Nightclub, is getting ready and lining up the best Electronic and House Dj’s we can find for this summer! Welcoming the beginning of June, we have Yacht and Derrick Carter that are ready to keep you dancing on the dance floor! Come enjoy our award winning Funktion-One sound system, lighting, 2 bars, retro decor and our awesome 3D projection lasers. We also do not discriminate and invite anyone to join us. With that said, we do not have a dress code. So come on down Friday or Saturday night to enjoy our San Francisco nightclub! 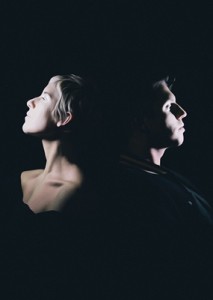 YACHT is a conceptual pop group based in Los Angeles, California. It’s the brainchild of Jona Bechtolt and Claire L. Evans, whose wide-ranging interests and deep-seated ADD cause YACHT to frequently metamorphose: from band to belief system, from disco infiltrators to punk rockers, from performance artists to graphic designers, publishers, sculptors, or philosophers.

YACHT has toured with LCD Soundsystem, the Yeah Yeah Yeahs, Hot Chip, Architecture in Helsinki, Vampire Weekend, The Dirty Projectors, and Chairlift; YACHT is multidisciplinary enough to have been paired with the Chemical Brothers, the Breeders, and Phoenix; YACHT has played on boats, in caves, in bathrooms, in art galleries and museums, in rural China, and at the Hollywood Bowl; YACHT are prolific remixers, dismantling songs by Snoop Dogg, Kings of Leon, Phoenix, Neon Indian, Stereolab, RATATAT, Classixx, and many more! BUY TICKETS. 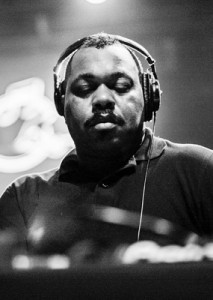 One of the pinnacles of Chicago house music’s ’90s wave, Derrick Carter began DJ’ing at the age of nine, spinning disco records at family reunions.
Born and raised in the western suburbs, Carter was into music from a young age, but during his teens Chicago’s house scene sucked him in for good.Derrick’s sets are rooted in house, but he freely travels outside club tastes, seamlessly incorporating old-school disco, soul, jazz and whatever catches his fancy. Carter says that due to his growing notoriety his production talents have been requested by pop-oriented acts. But he prefers to remain underground. Although enthused about his own Blue Cucaracha label and a new UK-based imprint he runs called Classic, he’s reluctant to offer much explanation of either label’s MO-other than each releases records when the mood strikes him. BUY TICKETS.