Are you looking for some fun nightclub events to take your group of friends this weekend? Come to our San Francisco Nightclub Friday night, Saturday night or Sunday for our day party to dance to some of the best electronic and deep house music you can find in the city. Friday night we Audio welcomes Motez, an electronic producer from Australia, Saturday Yolanda Be Cool will be gracing our nightclub with their unique electronic sounds and Sunday starting at 4pm, a burning man camp called The Kazbah is helping us throw our Sunday Funktion party with local Dj’s that will keep you dancing till 2am! 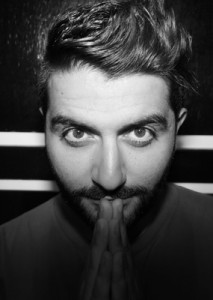 South Australia’s got a new feather in its cap, and he goes by the name of Motez Obaidi. One of the freshest electronic producers to come out of this country since Flume made us realise we even had electronic producers, the Baghdad-born honorary Southern Australian is breaking all kinds of rules and winning over hearts and ears in the process. Turns out Adelaide can produce something awesome other than Aussie hip-hop after all. Widely respected for his ingenious, innovative remixes of some of R&B and pop’s biggest names (think Mark Morrison’s ‘Return Of The Mack’, Justin Timberlake’s ‘Like I Love You’ and more recently, an amazing rework of Frank Ocean’s ‘Thinking About You’), Motez is a computer whizkid who also happens to be a devoted musical appreciator. When he takes on a track, it transforms into an entirely different beast. Falsetto vocals sink deep, half-time beats turn into blistering house grooves, and bass lines get an entirely new, subsonic reupholstering. Click HERE to RSVP/Buy tickets. 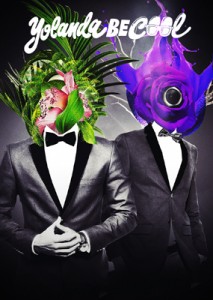 Yolanda Be Cool have played after Pitbull and Justin Martin, Flo Rida and Jesse Rose. They probably have Chuckie’s latest bootleg, but they also likely have every song Jamie Jones played last night at their favourite Ibizan club, DC10. Their songs are in Britney’s playlists, and Switch’s. They have had a world wide number one, yes, but they also have a growing list of beatport hits, made only for the club. They are as comfortable in Morocco, as a guest of the king, performing before 90,000 people, as they are in a Berlin basement performing for 90. For them, in music and in life, it’s the differences that make the difference, whether it be a 1950′s Italian folk song, juxtaposed with a fruity techno beat (go on, you know the one), or dinner in Monaco one day, Berghain the next, Johnson and Sylvester have had a pretty good couple of years touring the world. Click HERE to RSVP/buy tickets.

Please join The Kazbah for their final Burning Man fundraiser party before their departure to Black Rock City! This Sunday party will be held at both Audio and Bergerac on both floors carried by some of our favorite DJ’s to get everyone in the spirit. We encourage you to dust off your favorite Burning Man gear or test fit your newest threads for the Playa. For anyone feeling a little too normal once you arrive we will have face and body painting provided downstairs by one of our Kazbah Queens and our B-Day guest, Cynnamon Simonson. Get there early! There will also be local jewelers and designers showcasing and selling products! Click HERE to RSVP/buy tickets.