Party at our San Francisco Nightclub this Weekend!

Our San Francisco nightclub is not always open on Sundays but this weekend, whether you come Friday, Saturday or Sunday, we have some awesome parties lined up for you with only the best music and sound system! Friday Shingo Nakamura will be gracing the decks at Audio, playing his #1 Beatport artist album and who’s music is a mix of deep and melodic progressive house music. Then on Saturday, we are so lucky to have DJ and Producer, Anthony Attalla back for a third time! Audio was sold out the last two times he was here so get your tickets NOW if you want to dance the night away to his amazing beats, many of which, have been in the top 10 and #1 spots on Beatport numerous times! And last, close out the weekend by coming to Audio on Sunday at 4pm to enjoy our Sunday Funktion party that will go till about midnight! 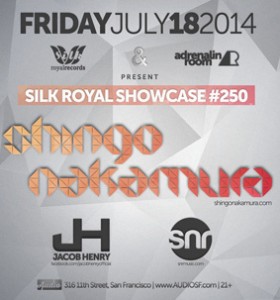 Adrenalin Room and Silk Royal Records would like to invite you to celebrate Silk Royal Showcase #250, a Top 100 international iTunes Podcast and globally-syndicated weekly radio show. Recently responsible for a #1 album on Beatport and quickly approaching its 100th release, Silk Royal has featured forward-thinking, club-oriented house and progressive for over 5 years and is now privileged to receive consistent radio support from the industry elite, including Armin van Buuren and Above & Beyond. Flying in from Japan to headline the night is Shingo Nakamura, responsible for a #1 Beatport artist album in 2014 and who recently appeared as the featured guest on Above & Beyond’s renowned “Group Therapy” radio show. Shingo’s distinctive variety of deep and melodic progressive house has earned him a global reputation as both a producer and DJ, as well as recognition as one of the leading artists on the Silk Music label collective. Joining him will be label founder Jacob Henry and local star SNR. Buy Tickets.

July 19th, Buy your tickets for Anthony Attalla on Saturday, because his show has been sold out every time we plays at Audio! 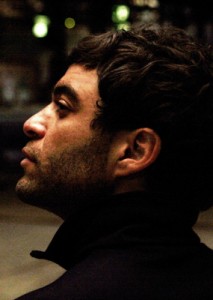 Audio, Groove Cruise LA, and House Forum are teaming up for “Cruise Control,” a warm up for Groove Cruise later this year. Boss of Incorrect records, Anthony Attalla headlines the show. Expect extra decor and awesome props to get this party out of control! As we enter 2014, Anthony Attalla has firmly established himself as a rising star in the electronic music community. His personal growth in the studio as a producer and on stage as a performer has the industries biggest taste makers, as well as its biggest publications, proclaiming that Anthony is set to break out in the coming year. Never resting on his laurels, Anthony has also demonstrated his passion for the business side of the industry by creating a platform to showcase his favorite talent through Incorrect Music, his music production-company, which has proven to be a most successful endeavor. Buy Tickets. 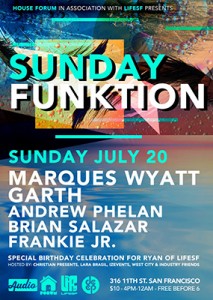